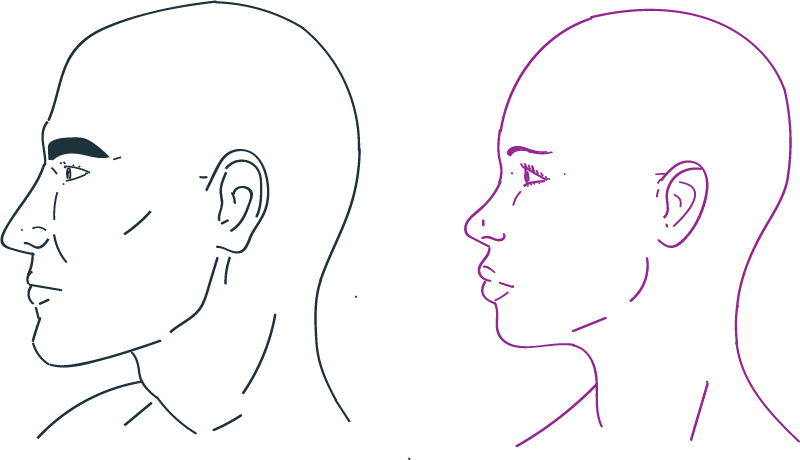 Differences between the male and female forehead

Not only the shape makes a forehead being perceived as masculine or feminine. Facial feminization surgeons also measure the distance between the surface of the eye and the most prominent part of the forehead. In women, that distance is about 8 mm, while in men it is generally greater.

What does the forehead feminization include?

The forehead feminization includes remodeling the frontal bone by shaving the supraorbital arch and all the protuberances of the frontal bone. At the level of the eyebrow, a technique is performed to “uncover” the anterior face of the frontal sinus, remodel it and then place it again once shaved.

Forehead feminization is performed in the hospital and under general anesthesia. 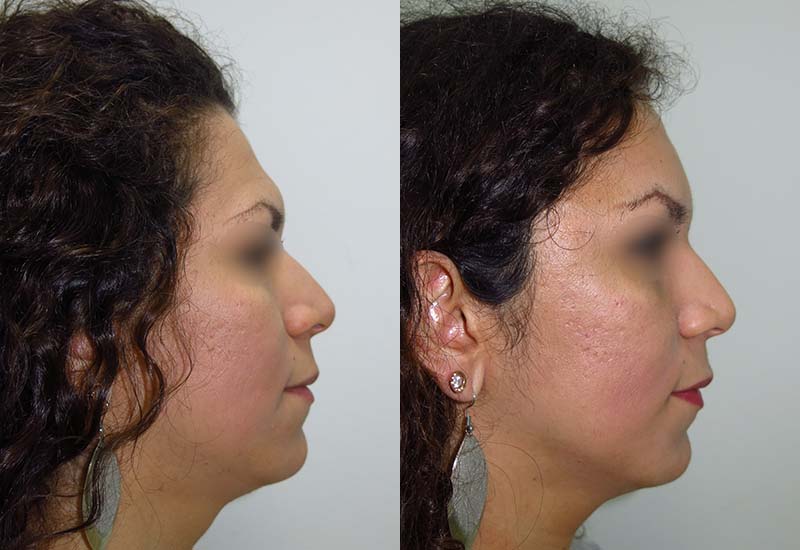 Brow bone reduction before and after

In Facifem, we have the latest in craniofacial surgery technology. Thanks to the ultrasonic equipment we can make the cut design more precise, make the bone shaving much more efficient and always making sure not to injure the soft tissue with the ultrasonic saw.
Ultrasonic is the state-of-the-art technology for performing delicate bone surgeries. The ultrasonic saw can perform a precise cut or a bone shaving without damaging any soft tissue since it only and exclusively cuts the hard tissue, not injuring other structures such as the skin, epithelia, nerves ….

The use of the ultrasonic saw makes the surgery more precise, safer and with less complication risks. All this leads to less postoperative inflammation and a lower risk of damaging delicate structures such as the frontal sinus or the meninges.

When the remodeling of the forehead is combined with hairline lowering, the scar remains in the upper part of the forehead and coincides with the hair insertion line. This why it is not noticeable.

With time the scar lightens and turns into pale pink. After one year, the scar becomes the same color as the rest of the skin and it is very difficult to detect it visually. If you do not need to advance the scalp, the scar will remain hidden under the hair.

Combination of forehead feminization with other techniques

Other techniques are usually added during the intervention such as brow lift, lipofilling of the temporal area and hair implantation surgery.

Postoperative period for the forehead feminization

The forehead is one of the face parts that causes less pain during recovery. The postoperative period is not painful, the patient will experience local discomfort which is easily reduced with common analgesics.

24-48 hours after the intervention, hematomas or bruising usually occur at the level of the upper eyelids, since the inflammation tends to spread downward due to gravity. The patient can return to his/her normal life after 7-10 days. It is advisable to wait until the third week before making any physical effort or exercise.

The forehead will remain insensitive for a few days, and little by little it will recover the sensitivity during the following 6 months. In certain cases, the position of the eyebrows will look very high at the beginning due to the swelling. Over time, the eyebrows drop a little and get into their final position.