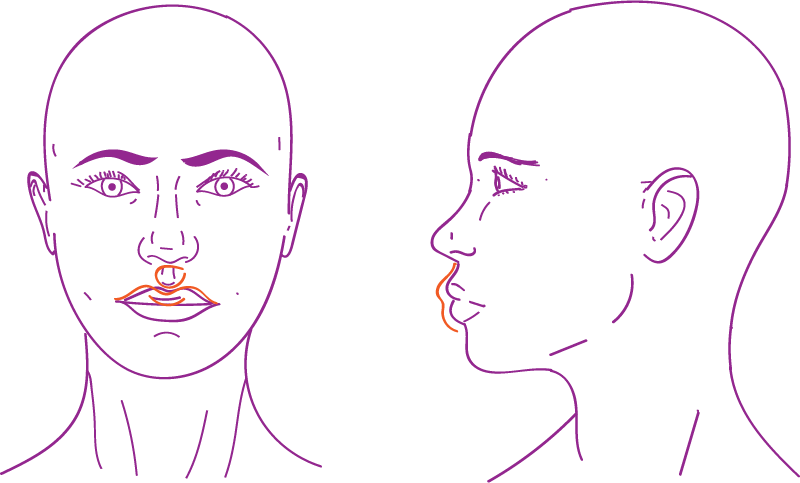 Lip differences between females and males

The female upper lip is usually shorter in its vertical dimension. This way women usually show more the lower edge of the upper incisors. 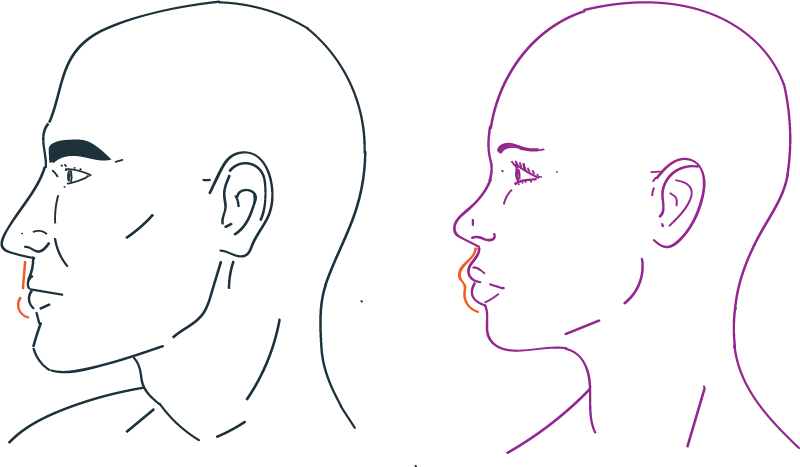 They also have the philtrum (vertical indentation in the middle area of the upper lip that exists under the nose) more marked than in men and the vermilion (red lip) is thicker than in men. The visibility of upper teeth in men is much less frequent. It is a typical feature of female beauty and also characterizes youth. Over time, the upper lip tends to sag and cover the upper teeth.

In our clinic, we perform upper lip lift techniques using a minimal incision under the nasal base, as well as techniques of reshaping and temporary lip filling with hyaluronic acid, or permanent filling using the patient’s own fat, so called lipofilling.

The procedure involves removing a small piece of skin under the nose. The silhouette of the muscle looks like a bull’s horn.

The lower edge is lifted until coincides with the upper edge. Both parts are sutured together in the same line. Looking from the profile, the vertical distance is shortened between the mouth and the lip. That produces two effects:

If after this surgery the lip’s desired volume is not achieved, we can use the temporary or permanent lip filling through lipofilling.

Lip lift in combination with other surgeries

The intervention is usually combined with other facial feminization surgeries such as rhinoplasty and foreheadplasty.

The technique, when performed alone, is done under local anesthesia and light sedation, and it lasts from 30 to 45 minutes.

During the postoperative period, the patient will experience inflammation of the upper lip that can last 3-6 days. The stitches are removed after one week.